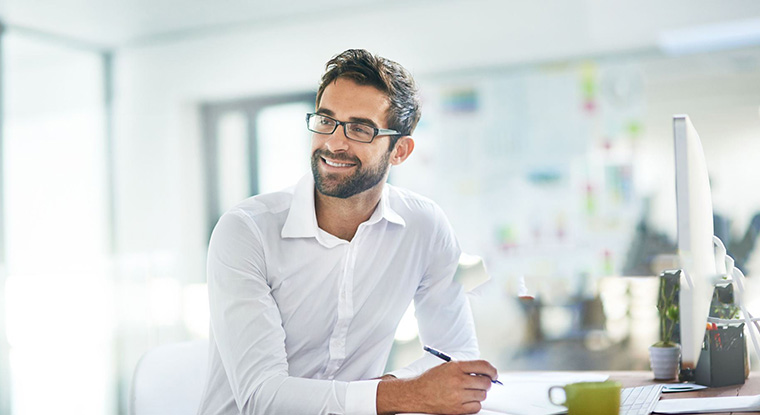 With the passing time, with the increasing competition businesses are spending more on the marketing. Brands cannot survive the competition if they cannot make their presence felt global. Traditional Marketing methods are not a smart way to reach the consumers anymore. In the age of search engines, websites, social media, email, and mobile apps who would go and check yellow pages!!  We are living in the era of self-driving cars, so can’t expect people to watch billboard signs when they have the whole world to explore on the monitors before them.

Digital marketing enables organizations to analyze and understand consumer preferences in real time through multiple channels. Digital marketing brings business close to consumers. Digital Marketing is a marketing strategy that uses digital technologies on low-cost internet. Everything is going digital like entertainment, health, real estate, banking, shopping, travel advertisements. A huge population is online mostly on social media. Taking this into account companies jumped into online for marketing their businesses. It’s easily accessible to anyone at any time and at any place in the world. It’s also has been seen that in the world of the internet there is a constant scope to increasing innovative technologies. Thus, a timely adaption of new Digital Marketing strategy is required with substantial changes in technologies and marketing trends. To help you to compete with competitors, here are the 6 latest trends and techniques in Digital Marketing that can be used to build brand awareness in 2019.

Most accepted and convenient Marketing Tool. Voice recognition technology is not only expected to grow bigger and better but also will be much in demand. The voice-based search has already kick-started in the world of Digital Marketing and many of the major social tools have inculcated in them like YouTube, search engines, etc. Despite the growth is constructive, has its own big challenges. And it is in voice querying and not an SEO service India keyword search. For this, a need for publishing content in the natural conversational language in long and full sentences as keywords are encouraged. In addition to these smart assistance like Amazon’s Alexa and Google’s Voice Assistant are also laying a path for tomorrow.

Chatbots are the messenger used for direct customer interactions. They hold limited scripts with few options that are to be chosen to irradiate the problem of the customer. Once the problem is identified, the concerned representative will come in contact to solve it. This reduced human intervention. In 2019, the chatbots are expected to be smarter.

We already know Blockchain has revolutionised the financial world. Now it is ready to take the advertising industry by storm. It will increase direct consumers with digital marketing services India by avoiding the need for middlemen. How? Today, most of the ad traffic is generated by bots. Businesses are paying huge amounts of money to the third party to buy this consumer information to reach potential customers. But this doesn’t give them any guarantee that those ads will increase sales. However, this scenario could change when the Blockchain technology is used to have the ability to target individual customers directly. Blockchain technology allows information to be stored and distributed but restricts copying or altering the content. It is a decentralized system and security is a very high level to the information and data on these systems. Blockchain technology eliminates the need for ad service people, creating a direct connection between consumers and businesses.

Role of Artificial intelligence in digital marketing will benefit both parties – Companies and Consumers.Companies can analyze and understand consumer buying patterns and plan their campaign to reach out to more people. AI helps in understanding consumer buying patterns in a more accurate way than traditional analytical methods. Artificial intelligence will accelerate the growth of the business by saving time and money through automation. Machines can be flawless in the sales forecast and predictions of future marketing trends.
The consumer on the other hand having an integrated Artificial intelligence into the use of augmented reality can have a real-time feel of the product without actually buying it. AI gives the consumer a more personalized experience of the product.

Any Guesses, what is this device that’s mostly used to perform searches today? Correct Mobile Devices. So is your website mobile friendly? Marketing strategy cannot ignore targeting smartphone users. Simple trick, load quickly- save consumer time – get more views and shares. Don’t expect the consumer to wait for the website to load for more than 3 seconds. Accelerated Mobile Pages is an open source technology allows content to load 10 times more quickly than old formatted content. It is an open source initiative from Google with the intention of speeding up web experience for mobile users irrespective of the network bandwidth.
Best user experience and higher ranking in the search results will have a direct impact on the revenues. Content designed in AMP will improve the visibility in Google search.

Before understanding programmatic marketing( and buying ) let’s understand the traditional way of digital ad space buying. To buy the digital ad space in traditional way there are tenders, auctions and human negotiations between website publishers and advertisers. Imagine a software automating this process of bidding in real time. This way you can be sure of the money spent on the advertisement is in highly effective, by choosing the right consumers at the right time dynamically.
As it is algorithmic purchase and sale of advertising space in real time, the buyer has the control of choosing the publisher, frequency of ad, and the targeted consumers.

In simple steps this is how the programmatic ad buying works:

With every change in trends and techniques, you need to change to stand up in the market to gain visibility

No prescription is needed to shop for health at our online pharmacy! We are waiting for you!

Our professional pharmacists are ready to answer your questions!

We have everything what you need to forget about all health problems you might have!

Is cephalexin and amoxicillin the same? Cephalexin and amoxicillin are antibiotics used for treating a variety of bacterial infections. Cephalexin is a cephalosporin antibiotic and amoxicillin is a penicillin-type antibiotic. Brand names for cephalexin include Keflex and Daxbia. Brand names for amoxicillin include Amoxil, Moxatag, and Larotid.
Does Walmart have a Medicare Part D plan? Humana Walmart Plan At $22.50 the Wal-Mart plan has one of the lowest premiums of any plan available. The Humana Walmart plan has some of the best co-pays if you are willing to get your prescriptions from Wal-Mart. They have one of the best mail order options for generic drugs.
Dr Sacha Stelzer-Braid and Assistant Prof. Euan Tovey from the University of New South Wales said it was important people immediately isolate household if anyone gets symptoms. Barbados bacterial infections drug. Efforts to hold Saudi officials accountable for the killing of the dissident journalist continue, but any punishment appears unlikely. Rachael Finch has documented the gory process of taking her son Dominic to the dentist to deal with a rotten tooth. German flagship carrier Lufthansa cancels nearly half of scheduled services as pilots continue two-day strike, their ninth walkout this year The 34-year-old pop star during a remote talk show appearance Monday solicited a $10 million donation from Apple CEO Tim Cook, 59, for her upcoming COVID-19 benefit. Speaking to Ferne Cotton’s Happy Place podcast, the married 37-year old admitted his initial embarrassment regarding the illness affected his ability to maintain romantic relationships. The New York City Department of Education is banning students and teachers from using Zoom due to clamoxin privacy and security issues just weeks of rolling out the platform for online learning.

Shopping for medications could be a pleasant and beneficial pastime! Check out yourself!