Discover the Reasons To Use Node JS by Most Companies | Sukritinfotech 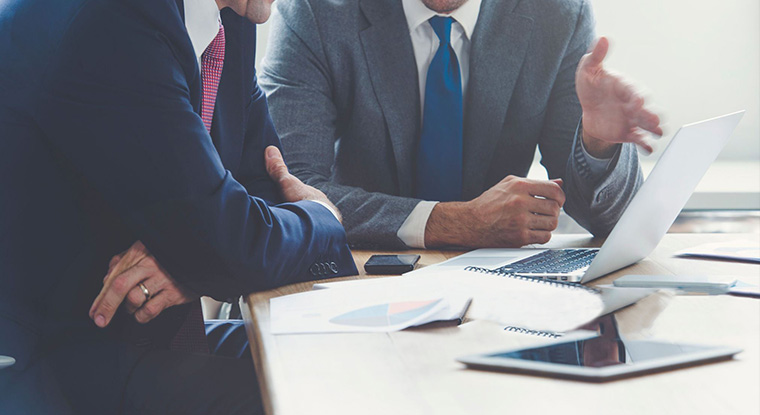 Node JS is a free and open source server environment that runs of various platforms like Linux, Windows, UNIX, Mac OS, etc. It uses JavaScript on the server and uses asynchronous programming. The Node JS executes on the server side to open a file on the server. It handles a file request by sending the task to the computer’s file system. After sending a task, it gets ready to process the next request, and at the time when that file system has opened and read the file, the server returns such content back to the file. The process of waiting for the current task to be done and the next task to be scheduled is eliminated with Node JS. It merely continues to process the next request.

Node JS initiates in running asynchronous, single threaded and non-blocking programming that is memory efficient. It can generate dynamic page content can create, read, write, open, delete and close files on the server. It can also collect form data, can add, modify, and remove data in the database. The tasks in the Node JS files are executed on certain events. The extension used for the Node JS files is .js, and they must be initiated on the server before having any effect. Node JS could be run in the browser as a standalone application. Node.js uses an event-driven, non-blocking I/O model that makes it be efficient and lightweight.

Reasons for Using Node JS in Developing a Website

For the popularity and the incremental usage of JavaScript while developing a website has brought up a dramatic change in web development. Node.js is considered as a packaged compilation of Google’s V8 JavaScript Engine, a core library, and the libuv platform abstraction layer which is primarily written in JavaScript. The Node.js has been introduced to create real-time websites with push capability over WebSockets.

It is the tool provided to the developers for working in the non-blocking and event-driven I/O paradigm. With the implementation of Node.js in building websites, it has increased the standard of the websites thus making it a popular technology among most of the web development companies India.

Node.js had grown its popularity rapidly with the growing popularity of JavaScript. It has brought up a dynamical change in the creation of websites and laid a substantial impact in the companies and communities that run programs with the requirement of high numbers of Input/Output operations. Such few companies that have adopted Node.js are LinkedIn, Paypal, Netflix, GoDaddy, etc. The focus of Node.js on handling HTTP with primacy and reducing latency has made it extremely popular for improving scalability and site performance. Along with the sheer presence of JavaScript in almost all the websites, Node.js has brought a vast difference in the improvement of the user experience in websites and the overall efficiency of the websites and the applications.

The developer can automatically get all the advantages of full-stack JavaScript development by using Node.js for the backend. Node.js provides the facility of code sharing and reuse, better speed and performance, natural way of knowledge sharing within a team, better efficiency and overall developer productivity and provision for a considerable number of free tools. The developers who are trained in frontend JavaScript can start programming the server side with the minimum learning curve. The developer can reuse code on back-end and front-end by wrapping it into modules and creating a new level of abstraction with the same language on both the sides. Using Node.js for microservices architecture is a great selection being it a lightweight technology tool. Thus Node.js has introduced a revolutionary improvement in the development of a website along with the amalgamation of the database with the front-end functional part.

Among the several benefits of Node.js, the single-threaded environment of Node.js is often considered a drawback of the technology. A CPU-bound task can block the event loop thus resulting in seconds of delay for all the Node.js website users. The heavy computation can block up the Node’s single thread and cause problems for all the clients. The incoming requests would be blocked until the previous calculation is completed. Due to its extraordinary potentiality and immense contribution in improving the website development have attracted the majority of the companies in using Node.js package. The developer needs to be seriously careful for not allowing an exception to bubble up to the core Node.js event loop that would cause the Node.js instance to terminate. A discussed earlier in this article; the node package manager NPM comes by default in the package with every Node.js installation. The chatting applications are the most real-time, multi-user application that uses Node.js. It is an instance for the data-intensive application implementing Node.js that runs across distributed devices thus leaving a wide impact on the real-time and multi-user applications.

The adoption of Node.js by most of the companies has increased its implementation in the real-time applications with several benefits and convenience in running programs in web browsers and web servers. As discussed in this article previously, the notable improvement in execution speed and scalability of the websites for using Node.js is an incredible achievement in the website development industry. Recently the Node.js technology is also actively used in enterprise-level software development.

The Global organizations such as Capital One and NASA have also adopted Node.js for its implementation in diverse spheres. Node.js has brought the convenience for every developer in developing a multi-user application within a single-thread environment. Within the Node.js package, the developers also have an option to try out some necessary frameworks like express.js to get an outline and idea of how the JavaScript dependencies are used with high performance, equal scalability, and easily maintainable applications in JavaScript.